If you have a child in the gay lifestyle should we go to their “wedding”?

No…seriously do you know? I am asking as I find myself in the same predicament I did years ago. Dealing with should we go to our daughters same-sex wedding?

When our daughter came out to us in 2005 I found the ministry “Living Stones”. Carol Wagstaff was the head at the time, and she had founded it.

She was like a breath of fresh air as she listened with compassion and understanding. As she had been affected by homosexuality herself.

We talked for an hour. But what I remember most was this one story:

This woman who was having a commitment ceremony had invited her mother. Her mother came, but cried the whole time.

But even though she cried, it touched her daughter deeply. As she then realized that her mother loved her enough to attend something she did not agree with. And it penitrated her hurting heart.

And the daughter left the lifestyle and is now living life as a married woman to her husband.

So fast forward to 2012. Our daughter Leanne gets “engaged” to her partner, with the wedding planned for Mother’s Day 2013. And I am not going to attend. I kept thinking…”really God…I’ve had to endure the loss of our son can you give me a little slack here”?

Soon after Leanne asked me if I would come, but said I could not make a scene.

Well, I had this story in the back of my head…well…no it was in the forefront of every thought about Leanne’s upcoming event. So when she asked me to not make a scene I couldn’t promise her that. As what if I cried? I just didn’t think I could do this without crying. (At the very least quite frankly). So she told me “no” that I couldn’t go unless she approved it.

Alrighty then. I wanted to be relieved but I couldn’t walk away, I knew I had to heal enough to be able to go….but where and what to do?

And not saying that only healed people go to a gay wedding. But for me I knew I had to be at a place that I could go…or not go…in love and not hate.

Obviously I hit me knees a lot. And I circled the wagons. We went to a support group. I read books. I called a man my friends told me about that used to be gay. He was kind while listening to my story. And gave me two pieces of stellar advice.

He said that I needed to go and be an ambassador for Christ. And that “love does not mean agreement”. 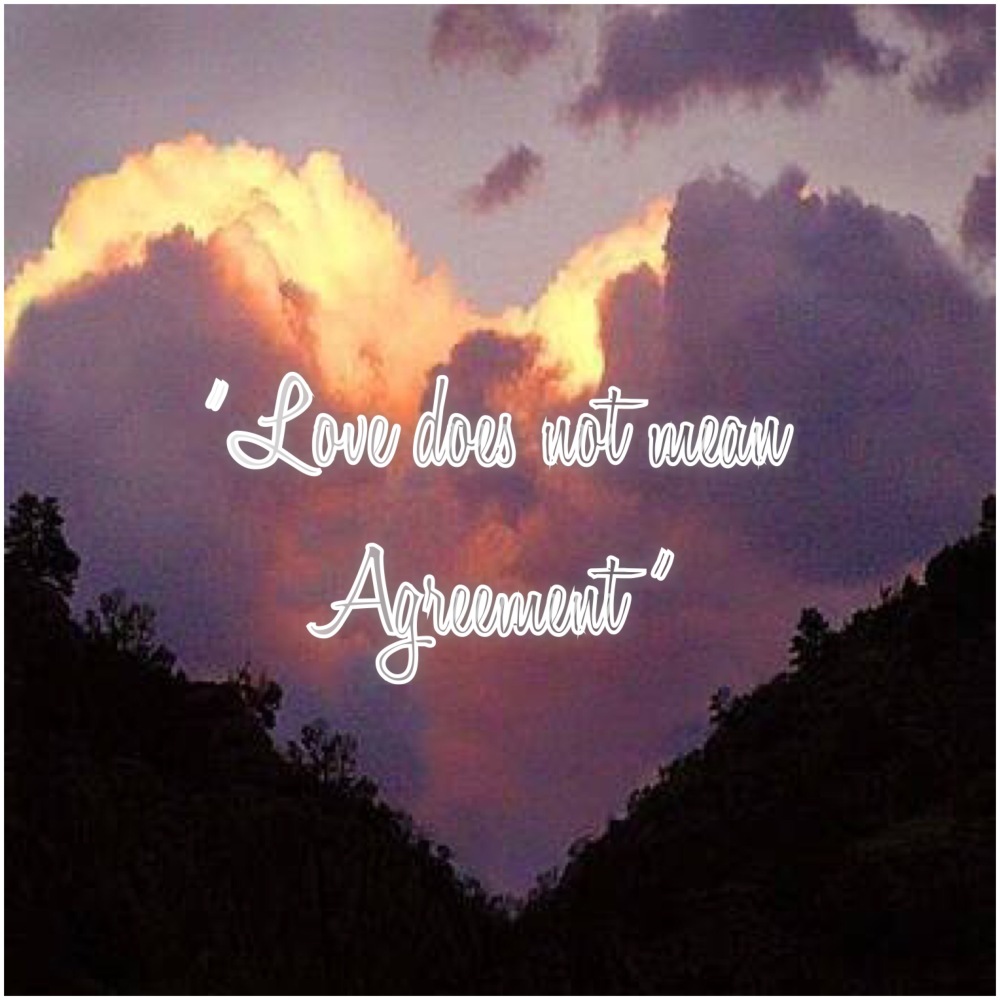 The latter statement shot through my heart. And for the first time since I got the text with a picture of her “engagement” ring on her hand did I feel some sense of peace. “I could do this I thought“. Though there was still work to do.

And then the key. One of the missing links as to why I had a harder time with my daughter then my son. There was a spiritual block I could never explain…until now.

I have severe abuse issues in my background. And as most who do, tend to blame the opposite parent more than the offender. The one that didn’t keep us safe. And that was my mother. (Though am convinced she was unaware). And as my woman friends we’re praying over me regarding said abuse…out of the blue…a woman asked me if I had forgiven my mother.

We spent fifteen minutes on this. I felt nauseated. Tears were shed. But five minutes before I could not go to the “wedding” and five minutes after…I knew I could. The spiritual block was that of unforgiveness.

Which makes sense as so many times I would go to love her and I would hear (obviously the enemy say)”why try, she’ll hate you just like you hate your mother”.

I had no clue in my twenties about spiritual warfare. I just knew something was wrong.

So I asked Leanne if it was ok that I attend. She said “wow…what’s the change of heart”? I then said that I learned that “love does not mean agreement”. She then texted back saying she needed to think about it. She called Bill and said “you know dad, mom tends to roll her eyes”. (I do). But he shared with her that I would be respectful. So she agreed that I could go.

So during this time I was looking forward to it. Not only do I love her, but I love her friends. I am truthfully honored that they allow me into their world as most don’t like us Christians. I even emailed her a link to a father/daughter dance on YouTube. I am sure she thought I had lost my mind. And maybe I did. It just felt really good to not be angry anymore! The weight was gone!

But the fruit of all this came three weeks later. When Bill got a txt from Leanne.

“FYI…the wedding has been cancelled”.

So of course I got up…started shouting “thank you God” while running around the couch. (Who wouldn’t?). But as I sat down I realized my baby was hurting. And so I asked Bill to ask her how she was doing. (Being that she texted him, I didn’t feel right to break her trust by me texting her. With lesbians in general, trust is huge issue).

I don’t know. But I know that this would not have taken place had I not chosen to heal to the point that I could go.

Me trying to go, allowing everything in that God was telling me…was a catalyst for healing.

And if that haven’t of happened I wouldn’t have been able to attend her seminars with up to 2500 lesbians. Where we love on them best we can.

And so on Mother’s Day, instead of attending her ceremony she called me and we talked. A nice long talk. She even said “I love you” at the end. This was huge.

I had hoped that she had renounced this lifestyle. But no she had found someone else. Which just means there’s more healong to do.

We are facing another “wedding” soon. It’s ten weeks away as I write this. Bill is going. Our nephew is going to make sure Bill is ok as it’s in a foreign country. Oh yeah…it’s in Berlin and we live in San Diego.

I was all set to not go. You see I have health issues and from what I hear Berlin is known for people smoking a lot. And I can’t be around cigarette smoke.

But I had a dream the other night that may be telling me I need to go.

But Bill and I have talked about it. And I am leaving it up to him. As our husband’s have the covering over us. I will gratefully concede to his authority.

So as it stands right now I am not going. Bill said he want to risk my health. And am at peace with that.

I think the dream was more about that I was feeling like “I had given her to the Lord”. And that meant I shouldn’t keep trying. I thought maybe I was getting in the way.

So am back on track and doing whatever I can to mend the relationship. Just not attending her “wedding”.

One friend recently asked me what her love language is. Doh! I never thought of that. Of course…it’s gift giving which is on the bottom of my list. Which means it’s not my way of showing love.  So have mailed off my first attempt at loving her in the way that works for her.

But if you’re in this place…or worry about it…please know I am not saying what the right thing to do is. It’s something you get to pray through and ask God to cover you in. I just wanted to give you some things to think about in your own journey.

Because most times the healing comes in the journey, not the destination.

I invite you to read other blog posts if this is something you want to learn more about. I call them Love does not mean agreement stories especially “A safe place to land” has a large list of resources to help if you too face this challenge.

I also invite you to join my Facebook page “HOPE FOR CHRISTIAN PARENTS OF LGBTQ CHILDREN” if you have a child in this lifestyle or grandchild. Just contact me through Facebook.

Update: here is Bill in his new suit about to go in.

Blessings to all of you,

Especially those in this tribe.

The Savior Lives To Teach.

Way of the Broken Warrior
Heaven and Earth

Bringing pieces of heaven to earth